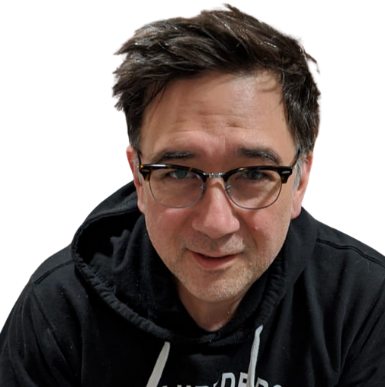 There is a great deal of commotion about the importance of so-called soft skills, and how valuable they are to employers. Survey research companies, universities, and chambers of commerce across the world are polling executives, HR managers and small business owners on what they are looking for in new employees. In every single one of these, employers have said they are looking for both hard and soft skills, and they consistently rank soft skills at or near the top of their lists.

Not only are the findings nearly identical between these reports, they’re the same as thousands of other reports over the last several decades. Moreover, the presentation of their findings borders on plagiarism. “We surveyed an exhaustive group of international executives about what they want in a new employee, and you won’t believe what we found – soft skills are more important than hard skills!” – the breathless message of virtually every introductory paragraph. Well, we actually would believe it if we had read even one of the other reports that are constantly flung at us. That seems to be the one thing that the authors of these reports have not done.

I get it that trotting out truisms as revelations is a great way to keep polling companies in business. But the last thing we need is a regurgitation of how important the soft skills are. Nor do we need another list of skills, ranked by their “importance”. What would be useful, is some idea of how to acquire these skills, however they are defined.

How to acquire soft skills?

The obvious answer to this question, for many people, is to go to college or university and take a class or get a degree. And you won’t find a university anywhere that will dissuade you from this. They all claim, rather vociferously, to teach all these skills and to prepare you for a lifetime of rather outdated and irrelevant courses (though to be fair they sell them a bit better than that). And this is unfortunate because going to university is a poor way to learn these skills, regardless of the institution you choose.

The evidence on this point is clear. Here’s a useful summary from Joseph Aoun, President of Northeastern University:

The problem is that even if we aim to teach these [soft] skills, we do not necessarily do it well, much less nurture students’ creativity. In their 2011 study, Academically Adrift: Limited Learning on College Campuses, professors Richard Arum and Josipa Roksa found that “at least” 45 percent of the undergraduates they surveyed showed “exceedingly small or empirically nonexistent” gains in critical thinking, complex reasoning, and written communication during their first two years in college. After four years, 36 percent of their sample still showed no improvement at all: They might graduate, but they are failing to develop the higher-order cognitive skills that it is widely assumed college students should master.

Are US universities extraordinarily bad at teaching these skills in comparison to the rest of the world? Unlikely. Are they trying to get better at it? Undoubtedly, but it really isn’t clear how they will accomplish this task. It is generally accepted that a large portion of the so-called soft skills are learned outside the classroom rather than in it. In other words, the “important” skills, to the extent that they are being learned at all, are being learned in spite of the curriculum rather than because of it. So what should you do, instead?

There are better ways of learning these skills than going to university. The key here is that work and learning should be tightly integrated, with the requirements of the job being the only yardstick for learning. This can be done in a number of ways, including proper apprenticeships, internal training programs, and some leadership development programs. When selecting these, or building your own, keep three things in mind.

First, recognize that cultivating the appropriate mindset is more important than a focus on specific skills. Whether those skills are critical thinking, problem-solving, communications, teamwork or anything else, a skills focus is unlikely to give you the results you need. The reason is that these skills can be performed in a rote manner; and without the right mindset, they will add little value to the individual or the company they work for. We have all had the misfortune of experiencing a colleague who tries to work on the team or solve problems but clearly doesn’t have it. That’s because you can design a critical thinking checklist, for example, but it means nothing without a deeper sense of purpose that only comes when one has a growth or expansive mindset. In brief, this requires that a person thinks they can learn from failure rather than be defined by it, and is committed to continuous learning.

Second, make sure that the focus is on learning, not teaching. As John Holt said decades ago, “Learning is not the product of teaching”. How can you tell if the focus is on teaching or learning? There are a few giveaways, but the biggest one is the emphasis on grades and rankings. The evidence is clear: grades inhibit learning. As soon as a number or a ranking is assigned to a learning process, from elementary to graduate school, learning suffers because everything becomes about getting the best number you can. Instead, the focus of a learning program needs to be on feedback, not marks. Feedback encourages growth as the appropriate response to failure, whereas grades promote fragility and self-doubt.

Finally, always make sure that the objectives of the program are determined by industry or employers, not by colleges, universities or accrediting bodies. By default, post-secondary institutions and accrediting bodies are concerned first and foremost with preserving their own prestige and reputation, and only secondarily with learning. So make sure you choose or build a program that ensures employer and industry requirements are the only yardstick for success. This will anger many people in colleges and universities, who will claim that without their expertise and insight, any credential will be worthless.

Well, we have relied on the expertise and insight of professors and accreditors for decades, and yet most employers recognize that post-secondary graduates, at all levels, are simply not ready to enter the workforce. So a credential without this “expert input” may not be better than what we normally have to endure, but it could not possibly be worse.

A Culture of Accountability